WellAwareSystems is a resource site for those who suffer from obstructive sleep apnea (OSA). The site was created by  our founder who was diagnosed with the condition a decade ago when he was still in his thirties.

After years of suffering sleepless nights due to snoring and other discomfort brought by OSA, which was compounded with a large amount of travel as required by his career as a design engineer, Thomas’s friends really urged him to see a doctor. After going through a round of nocturnal polysomnography tests where his breathing pattern, brain, lung and heart activity, and blood oxygen levels were monitored during sleep, the verdict was finally in – he has obstructive sleep apnea. 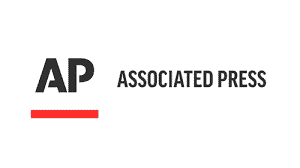 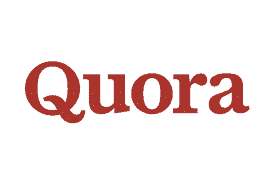 Bright Minds on Your Side

To this day, Thomas still remembers the confusion, fear, and uncertainty he felt upon hearing the diagnosis and discovering that he actually stopped breathing frequently during sleep. He figured it was probably wise to reach out to fellow OSA sufferers for that simple reassurance that sleep apnea is manageable and is not as scary as once thought…

That was how WellAwareSystems was born.

As a professional engineer (BSc. MSc. CEng) suffering with sleep apnea, he understands how frustrating the condition can be.

Mark is a logistics expert, handling all the various suppliers and deliveries from around the world, required to test the latest OSA devices.

Ayesha is our medical writer, she studied at medical school in Pakistan - utilizing her expertise for our product reviews.

Nathan is our team manager, he ensures we have the best team of writers and researchers working for us.

Shaona is one of our longest serving, and most trusted team members. She brings a creative flair to her articles and reviews which we love.

Dorine Otinga is a passionate writer who loves writing about different topics. With her wealth of experience, she has polished her writing abilities and research skills. Apart from writing, she loves cooking and travelling.

Once your doctor gives you a prescription for a CPAP machine for your treatment, you’ve got another headache coming your way. There are too many brands and models out there that deciding which works for you is confusing. As fellow sufferers, our team members have made countless buying mistakes when choosing our first CPAP device such as going for a very expensive model when one does not really need all its high-end features or going for a model that does not deliver the comfortable treatment you deserve.
That is where our team comes in. At WellAwareSystem, it is our mission to help you figure out the best CPAP machines for your specific needs. Our site owner has vast experience in plastic products, medical devices and product engineering experience, along with years of suffering from OSA condition – we are well positioned to offer our advise and expertise.
In this site, you’ll find CPAP machine reviews as well as buying guides to help you make an intelligent buying decision. We’ve also included pros and cons for each of the high-quality options we covered in our articles to give you a better understanding of each product.
We’ve also included s few resources to answer some questions you may have about sleep apnea, its treatment, and some of the issues commonly encountered by sufferers. It is our goal that you’ll eventually learn how to manage your condition and get that restful sleep each night just like Thomas and the rest of the WellAwareSystems team.