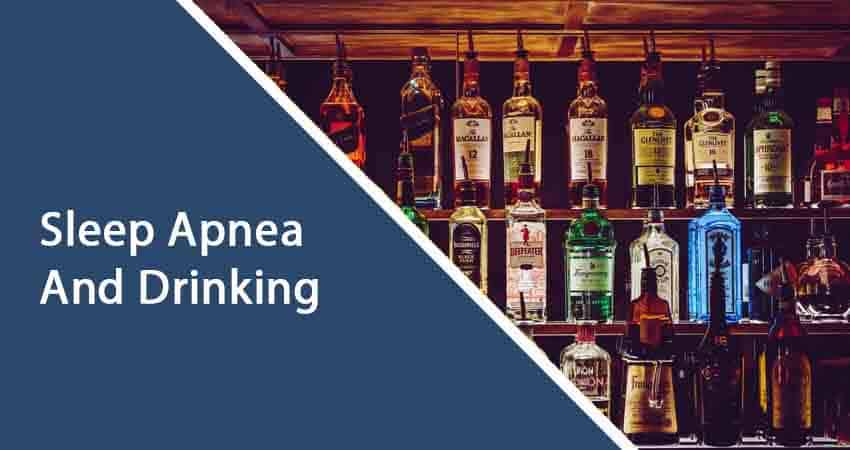 Understanding Alcohol and How it Effects Sleep Apnea

If you suffer from Obstructive Sleep Apnea (OSA), you must know that drinking alcohol can increase apnea events and their duration.

In OAS, breathing stops for brief periods during sleep. It's because the normal flow of air is repeatedly prevented throughout the night. Alcohol disturbs the length of sleep state and natural cycle by changing the total amount of time you sleep, and the time it takes you to fall asleep. In short, it can worsen your sleep apnea symptoms.

Recent research studies assess how alcohol affects your sleep apnea and snoring by relaxing airway muscles (3)(4)(5). These findings must make to want to change your drinking and sleep habits.

This article is compiled to provide information gathered from credible, fact-based sources to give you an overview of how alcohol affects your sleep apnea?  Furthermore, if you choose to drink, we'll provide guide on how to get a better night's sleep. We also answer common questions that you may have about how drinking impacts sleep health.

What Is A Normal Sleep Pattern?

In slow-wave sleep (SWS) or Non-REM sleep, your brain waves are slow. It usually makes up about 75 per cent of your night sleep and is restful and deep.

While the rapid eye movements (REM) sleep makes up about 25 per cent of sleep time for young adults. During REM sleep, your eyes make rapid movement while you're still sleeping. It's less restful and associated with dreaming.

“Scientific research does not find the exact function of REM sleep for the body. But, it seems to be required for the restoration. Some laboratory rat studies found that when rats are deprived of REM sleep, it can result in death within a few weeks.”

How Does Alcohol Affect Sleep Apnea?

Compared to the general population you are more likely to have OSA if you are:

About 20 per cent of Americans have obstructive sleep apnea, and only 10% have a diagnosis (1). Even if you don't have a diagnosis, there is a strong association between alcohol and OSA. Especially if you already snore and have alcohol use disorder, you may be at higher risk for developing OSA.

“Research studies show that people who don't even have the condition; moderate or heavy drinking can cause episodes of obstructive sleep apnea.”

For those with OSA, the consequences of sleep apnea become more pronounced when you drink because it relaxes your muscles and diminishes your arousal response time.

Arousal response is how your body knows to wake up when you can't breathe because of a blocked airway. Alcohol reduces this arousal response time. It means that you won't wake up as quickly when your breathing stops because of OSA. In short, it increases the time between when you stop breathing and "wake up" to breathe again.

If you stop breathing, it could take longer to wake up. It means you'll be without oxygen for an extended period. It makes the drops in your blood's oxygen levels. It may lead to increased carbon dioxide in the body, which, in severe cases, can be fatal.

In patients with sleep disorders such as sleep apnea, drinking alcohol can affect nighttime breathing.

Alcohol declines your drive to breath. Moreover, it may relax your throat muscles, which may collapse your upper airways. It may add to snoring, which represents the vibration of the soft tissues that occurs in sleep apnea.

Does Alcohol Cause Sleep Apnea?

Alcohol doesn't cause sleep apnea. But research shows that patients who engaged in frequent alcohol use, regular drinking puts them at higher risk for developing sleep apnea. It can also make current OSA episodes worse. The best recommendation for patients that are at risk of developing OSA is to abstain from drinking (7).

Can Alcohol Keep You Awake?

According to the National Institute of Alcohol Abuse and Alcoholism:

Well, if you have sleep apnea, the best advice would be to abstain from all alcohol use. Here are research-based reasons;

Alcohol and Sleep in Those With Alcoholism

Many people who have insomnia will take a drink before bedtime to help them fall asleep. According to a National Sleep Foundation survey:

"In the general population, 30% of people with persistent insomnia have reported that alcohol helps them sleep in the past year. And 67% of those demonstrated that alcohol was useful in inducing sleep."

This is because, after an initial stimulating effect, alcohol's sedating effects can reduce the time required to fall asleep. But alcohol's effects do not end there.

Research shows that alcohol consumed within an hour of bedtime will disrupt sleep in the second half of the sleep period. It causes the person to sleep fitfully—awakening from dreams and not being able to get back to sleep easily.

Alcohol And Sleep In Those With Low And Moderate Drinking

According to the Dietary Guidelines for Americans:

"Moderate drinking is up to one drink per day for women and up to two daily drinks for men".

Specifically, a low alcohol intake decreased the physiological recovery by 9.3 percent that your sleep normally provides you. Even one drink was shown to impair sleep quality. Moderate alcohol consumption lowered restorative sleep quality by 24 percent.

Even the happy hour drinking can affect your sleep too.

Studies have found that alcohol consumed even six hours before bedtime can increase wakefulness during the second half of sleep. Even though the alcohol consumed has already been eliminated from the body.

How to Sleep Better After Drinking Alcohol?

If you have obstructive sleep apnea, the best advice would be to abstain from all alcohol use. But still, if you chose to drink; make sure to:

If alcohol is a part of your lifestyle, you should consider your treatment. Such as using an auto CPAP machine, as your muscle tissue relaxes more when you drink. So, an increase in pressure may be needed to keep your airway open.

Sleeping position is another tactic that can help you sleep better. A recent study found that alcohol and sleep apnea are a bad combination. Because its consumption increases the OSA symptoms that the CPAP is fighting against, making it harder for air to reach your lungs (10).

Research has shown sleeping on your back is the worst sleep position for Sleep Apnea (11).

Moderate drinking, as opposed to heavy drinking, can make a big difference in the quality of your sleep. Studies have shown that the more you drink, the worse you make your sleep apnea symptoms. Even one drink per day can have an impact on how you sleep. The scientific evidence shows that limiting the number of drinks you consume before bedtime can make for a better, more restful sleep. 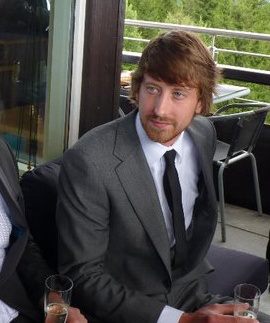 Thomas Oldham (BSc, MSc, CEng.) is not only an expert in design, development and testing of medical plastic devices, but is qualified as a Profesional level Engineer in 2019, and additionally has also suffered from sleep apnea for several years - making him an expert on both obstructive sleep apnea and assessing medical devices designed to tackle this condition. 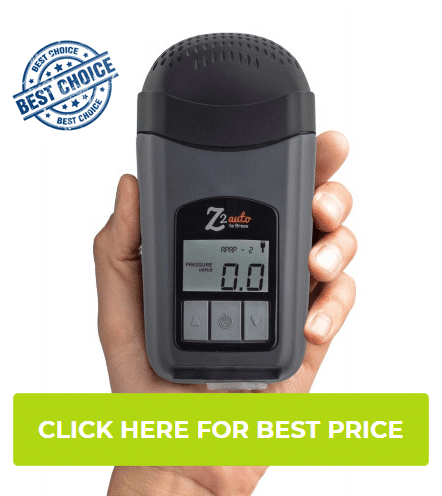