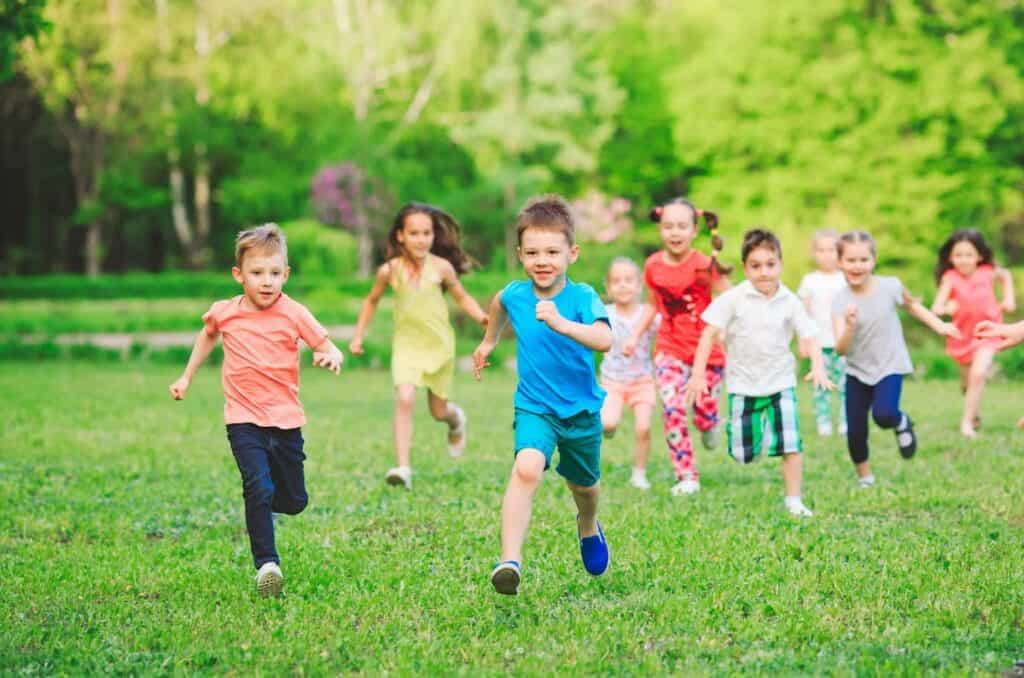 In today’s news, we will look into the new research that reveals teacher professional development is hindering international efforts to boost children’s physical health in schools. Abusive or competitive environments may affect health, says Surgeon General. The World Health Organization’s Global status report on physical activity 2022 analyzes governments’ implementation of recommendations to improve physical activity across all ages and abilities.

They analyzed studies from hundreds of schools in 19 countries; half were in the US, Australia, and the UK. They found little indication that teachers were given defined goals, regular feedback, or resources to integrate the program into the school day.

The study implies that these flaws make it less likely that teachers will continue health-promoting activities or that students will benefit.

The findings may explain why global initiatives to boost children’s physical activity in schools are failing.

In response to rising childhood obesity rates and worries that most kids aren’t active enough, many governments are supporting school-based physical activity programs.

Ryan and her team analyzed 51 randomized control trials of new school-based physical activity programs. Eight were in Britain, eight in the U.S., 10 in Australia, and 16 others. On average, each trial received testimony from 14 schools and 800 students.

Several training components appeared to be connected with’successful’ programs, meaning teachers executed the new initiative as intended or improved students’ health, or both.

Effective training included a clear demonstration of the activity teachers were to implement, opportunity to practice it, defined goals, specified planning time, and routine feedback. It also made sure resources, including sports equipment, were visible to encourage program integration.

Surprisingly, most of the training programs the researchers studied lacked these qualities, whose architecture varied widely. Each program was examined using a wide, standardized taxonomy designed to assess behavior-change interventions. Only one of these traits was common. This was “Instruction on how to conduct the behavior”—explaining what teachers should do.

Professor Riikka Hofmann of Cambridge University’s Faculty of Education said that quality professional development is often disregarded in physical education. “Pupils face the price of this, especially those with limited possibilities to be active outside school,” she added.

If you think your workplace is toxic, you’re not alone.

Vivek H. Murthy warned Thursday that harsh or cutthroat environments might hurt health. He outlined how organizations should change their culture and procedures to protect mental and physical health.

Murthy said the link between job and health is clearer. More workers are anxious about making ends meet, dealing with chronic stress, and balancing work and family.

Chronic stress can increase the risk of heart disease, cancer, and diabetes. Murthy remarked in the report’s introduction that workers’ health might impair productivity and creativity.

The Surgeon General’s Office cited the Great Resignation, “silent resigning,” and reported unhappiness or anxiety among American workers to justify the advice. Murthy said firms should turn workplaces into “wellness engines” after the outbreak.

Here’s how to recognize toxicity, safeguard mental and physical health, and what employers should do.

According to the surgeon general, five criteria can suggest a toxic workplace: Respectful, noninclusive, immoral, cutthroat, or harsh society.

If you think your job is hazardous, you’re typically right, says Cleveland Clinic’s Amy Sullivan. “We know if it’s not safe or emotionally healthy,” she remarked. It’s instinctive.

People can corroborate the you-know-it-when-you-see-it sense with coworkers, since big groups may be complaining, says Dennis Stolle, senior director of the APA’s office of applied psychology. Stolle collaborated on APA study cited by the surgeon general.

Is it a toxic job or worldly stress? Stolle suggests pondering your finest and worst times. Work dominates your “worst” category, he said.

Whether a workplace is toxic or not, many workers suffer from chronic stress due to “heavy workloads, long commutes, irregular schedules, restricted autonomy, long work hours, multiple jobs, low earnings” and other issues.

Negative work circumstances “aren’t them,” Sullivan said. The less your health and well-being are “emotionally attached” to your employment, the better.

If you’re anxious at work, experts recommend taking a stroll or leaving the office, enjoying a cup of coffee or tea, and talking to a trustworthy co-worker who may be experiencing similar concerns. Practice attentive breathing and make food and exercise modifications. Try varied self-care practices until you find what works, experts recommended.

Stolle advises employees to care for themselves, their coworkers, and their supervisors. Asking coworkers how they’re doing and discussing stressors creates a caring atmosphere. Telling employers what’s working and what you need can start a fruitful dialogue.

These measures could improve your well-being at and outside of work, but the employer is responsible for the work culture, experts say. Stress-management programs and office yoga won’t alleviate a national problem.

Erin L. Kelly, a professor at MIT Sloan School of Management who studies work and employment, said wellness initiatives sometimes sound like blaming the worker when it’s the workplace and how labor is organized now that’s the problem. We aim to change the workplace, not just encourage exercise or meditation.

The goals correspond with top reasons American workers quit: More than half of those who departed in 2021 cited low income, lack of promotion opportunities, and feeling disrespected at work as the top three reasons.

Employers should expand paid leave and pay a “living wage,” which the guidance does not define, but over a third of American workers make less than $15 an hour. They should offer training and mentoring, promote inclusiveness and equity, and give workers more control over “how, when, and where” they work.

Stolle said employers should view such adjustments as a culture shift, not as separate stages.

“We need employers to act,” he said. “Without it, change won’t happen.”

If governments don’t encourage more physical activity, 500 million people would get heart disease, obesity, diabetes, or other NCDs between 2020 and 2030, costing US$ 27 billion yearly.

Data from 194 nations reveal that progress is modest and that countries must speed the creation and implementation of measures to enhance physical activity and prevent disease and reduce strain on already overwhelmed health care systems.

Less than 50% of countries have a national physical activity policy, and 40% are operational.

Only 40% of countries have road design regulations that make walking and cycling safer.

“More countries must develop policies to encourage walking, cycling, sport, and other physical exercise. Dr. Tedros Adhanom Ghebreyesus, WHO Director-General, remarked, “The benefits are immense for physical and mental health, society, environments, and economy.” “We hope countries and partners use this report to achieve healthier, fairer society for all.”

The cost of treating new cases of avoidable non-communicable diseases (NCDs) would reach over US$ 300 billion by 2030, or US$ 27 billion yearly.

National strategies to combat NCDs and inactivity have expanded in recent years, yet 28% are not financed or implemented. The survey found that just over 50% of countries sponsored a national communications campaign or organized mass participation physical activity events in the recent two years. The COVID-19 epidemic has slowed these activities and hampered other policy implementation, widening access and opportunity for physical activity for many communities.

“We lack universally approved indicators to quantify access to parks, bike lanes, and footpaths, however statistics exist in some countries. We can’t report or track global infrastructure that will enhance physical activity, said WHO Physical Activity Unit Head Fiona Bull. No indicator and no data can lead to no tracking, no responsibility, and eventually no policy and no investment. What gets assessed gets done, and we need to track national physical activity actions more thoroughly.

The report urges governments to emphasize physical activity to enhance health and combat NCDs, incorporate it into all relevant policies, and develop tools, advice, and training to boost implementation.

Promoting increased physical exercise for everyone is excellent for public health and the economy, said WHO’s Ruediger Krech. “We must make inclusive physical activity programs accessible to all.” This research calls on all governments to adopt bolder, faster action to reduce physical inactivity by 15% by 2030.

The paper uses data from the 2019 and 2022 WHO Noncommunicable Disease Country Capacity Survey and the WHO Global Status Report on Road Safety (2018).

The Lancet Preprints: The Cost of Physical Inactivity to Healthcare Systems (peer-reviewed version forthcoming in The Lancet Global Health)

Finally, data from 194 nations reveal that progress is modest and that countries must speed the creation and implementation of measures to enhance physical activity and prevent disease and reduce strain on already overwhelmed health care systems. If governments don’t encourage more physical activity, 500 million people would get heart disease, obesity, diabetes, or other NCDs between 2020 and 2030, costing US$ 27 billion yearly.