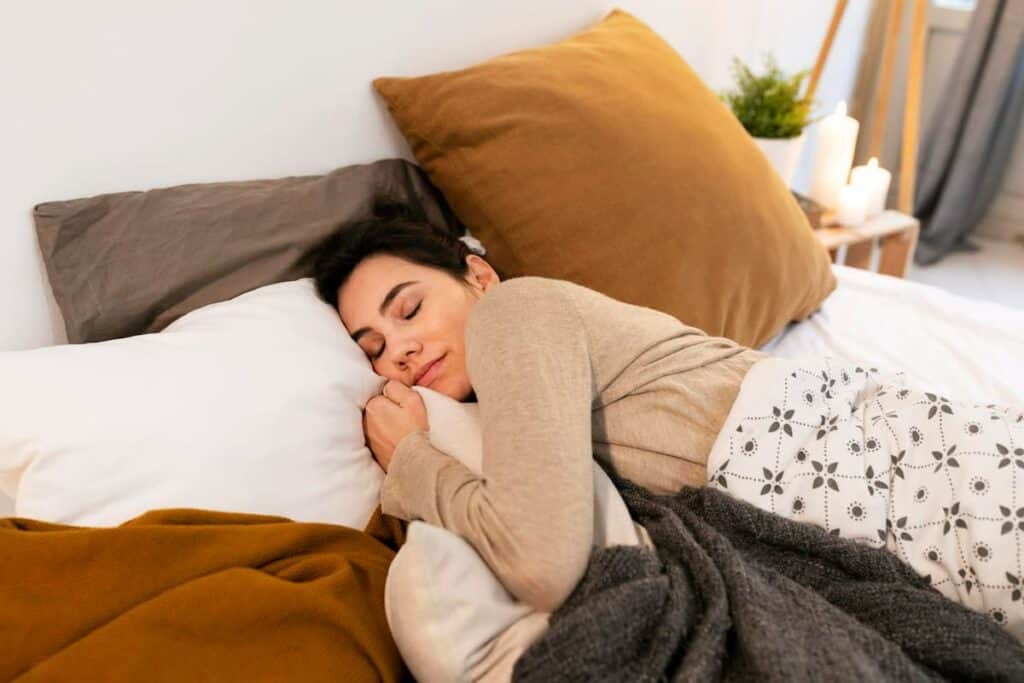 In today’s news, we will look into the recent study by a Harvard team that dispelled common misconceptions parents and caregivers had about adolescents’ sleeping patterns. Moreover, the Sleep Foundation has listed the top ten cities for promoting sound sleep patterns according to their team of professionals that are dedicated to “zzzz-catching.” Meanwhile, co-sleeping with newborns is becoming more common, according to data. Officials claim that it is also the cause of some baby deaths. Also, a group of military and civilian experts has discovered a brand-new sleep problem that has been causing trauma sufferers’ lives to be disrupted for decades or even millennia.

Harvard researchers dispel many sleep myths in a recent study

The researchers identified the most common teen sleep misconceptions and asked sleep experts to evaluate them. The researchers surveyed parents and caregivers about the myths.

Over two-thirds of poll respondents believed the three most common adolescent sleep myths: sleeping in on weekends is fine, later school start times cause teens to stay up late, and melatonin pills are safe.

My teen can go to bed and wake up late on weekends as long as they get adequate sleep. Robbins claimed 74% of caregivers now agree. Myth

Owens said she was driven to explore sleep misconceptions among carers.

“My sleep clinics see many teens.” Parents often have notions about why their teen isn’t sleeping well or napping during the day, she added. As a clinician, I believed this study was essential.

Studies showed that delaying school start hours will result in teens obtaining more sleep, despite 69% of respondents assuming it would result in less.

“When we delay school start hours, teenagers thrive: They get more sleep, maintain their mood better, and succeed in the classroom,” Robbins added. “If we think about education, we’re there to set up our kids for success.”

Owens said the optimal school start time is 8:30 a.m. or later, citing a California law that requires high schools to start no earlier than 8:30.

Robbins said personal practices can improve adolescent sleep health. Contrary to popular perception, adolescents should not sleep in on weekends to make up for missing sleep. She suggested a 20-minute snooze.

“That’s an example of a modifiable behavior modification,” she said. We consider modifying their routines to coincide with evidence-based approaches to make up for school-night sleep loss.

Sleep is absolutely necessary, yet getting enough of it can be difficult. It turns out that your ability to sleep is influenced by where you reside.

The Sleep Foundation’s “zzzz-catching” specialists have ranked the top 10 cities for promoting sound sleep practices in order to emphasize that point.

The Sleep Foundation collaborated with the sleep-tracking app Sleep Cycle to investigate this, comparing the data gathered from all 50 states with health information taken from the CDC and the U.S. Census.

The following three metrics were used to calculate each town’s overall sleep score:

When it comes to obtaining a good night’s sleep, it turns out that Colorado cities are not only the sleepiest in the state but also the third and fourth best.

Evidently, sleeping at a high altitude can be restless, as anything requiring less oxygen seems to be.

Nevertheless, the report indicates that generally, Denver residents sleep the fourth-best in the nation.

Score for sleep in Colorado Springs: 77.16

Despite having to contend with a high altitude, the location of the U.S. Air Force Academy placed third in this rating, even outperforming its neighbor to the north by a full half point.

Try counting sheep in one of these two Coloradan villages if you’ve been trying to get better sleep.

Original source: Co-sleeping deaths on the rise for babies

According to statistics, co-sleeping with your child is becoming more popular. According to authorities, it is also the cause of some baby deaths.

The CDC estimates that co-sleeping kills roughly 3,500 babies in the US every year. Several of the fatalities are taking place right now in Virginia.

Black mothers are less likely than white mothers to put their babies to sleep, according to Kenesha Smith Barber, who works for the Virginia Department of Health. “We do know that about 83 percent of Virginia moms are practicing safe sleep techniques, which is lying the baby to sleep on their back only,” she said.

Co-sleeping is more prevalent among low-income populations, according to VDH.

The fact that these parents are unable to buy a cot for their child puts them in the bed with them naturally puts them at a disadvantage, according to Barber.

When using safe sleep strategies with your infant, VDH advised taking out any soft bedding or toys from the crib, lying the child on their back, and making sure they are in their own cot. Parents should sleep in the same room as their infant as well.

According to Barber, the baby would still be secure if the mother just placed the infant on a solid, flat, non-inclined surface and did not sleep close to them.

The Safe Sleep Program, run by the Virginia Department of Health, can help you if you require a crib. It enables low-income families to get a free portable crib and instruction on the value of safe sleeping practices.

Military and civilian researchers have found a new sleep condition that has plagued trauma survivors for decades, if not centuries.

The Journal of Clinical Sleep Medicine published the important study in August.

The five-year study comprised 40 service members who had suffered trauma, mostly from battle, and dream enactment. The study included an interview and sleep video.

Brock noted that many sleep centers record eight hours but rarely watch the complete film. “Most of these patients displayed parasomnia behavior, or REM sleep movements and vocalizations. This is remarkable because parasomnia activity is nearly never documented in the sleep lab but is often reported by patients at home.

During REM sleep, most skeletal muscles are immobilized to prevent people from acting out dreams. In rare cases, the brainstem portion that paralyzes skeletal muscle degenerates, causing dream enactment. Brock explained that RBD is common among Parkinson’s disease patients.

TSD and RBD both perform dreams. TSD also includes vivid, repeated nightmares involving the trauma and autonomic hyperarousal, when the fight or flight reaction kicks in and one’s heart rate or breathing rate accelerates during sleep.

TSD symptoms were investigated for years without a term. Dr. Vincent Mysliwiec, director of sleep medicine at UT Health San Antonio and co-author of the paper, has studied this phenomena since 2003, when he was posted to Madigan Army Medical Center during Operations Iraqi and Enduring Freedom.

“We screened many service members with these symptoms but not REM sleep behavior disorder or PTSD,” he noted. “Their diagnosis was unclear at the time.”

By recognizing TSD as an unique parasomnia, “we hope to promote future study into the disorder and treatment-related studies,” said Mysliwiec, who noted that larger studies at military and veteran health care facilities would be most effective.

Brock wants to increase trauma sufferers’ quality of life through awareness and treatment.

TSD sufferers don’t receive great sleep, and neither does their bed mate. “Many fear sleeping. They have to relive battle or horror in their sleep, then wake up tired. For them, every morning is like the morning after the horror. My objective is to aid TSD sufferers.

To sum it up, a Harvard-led team refuted prevalent myths about adolescent sleep habits in a recent study. Over two-thirds of poll, respondents believed the three most common adolescent sleep myths: sleeping in on weekends is fine, later school start times will make teens stay up late, and melatonin supplements are safe.

Furthermore, the Sleep Foundation worked with the sleep-tracking app Sleep Cycle to compare data from all 50 states with CDC and Census statistics. Colorado communities are not only the sleepiest in the state but also third and fourth best for getting a good night’s rest.

Meanwhile, data shows co-sleeping is on the rise. Some baby deaths are attributed to it, say officials. According to the CDC, 3,500 US newborns die from co-sleeping each year. Virginia has some of these deaths.

Finally, a team of military and civilian academics has discovered a brand-new sleep problem that has been upsetting the lives of trauma survivors for decades, if not centuries. Although there have been related studies, this was the largest to date and establishes trauma-associated sleep disorder, or TSD, as a unique sleep-related condition or parasomnia, according to Air Force Lt Col (Dr.) Matthew Brock, the study’s principal author.