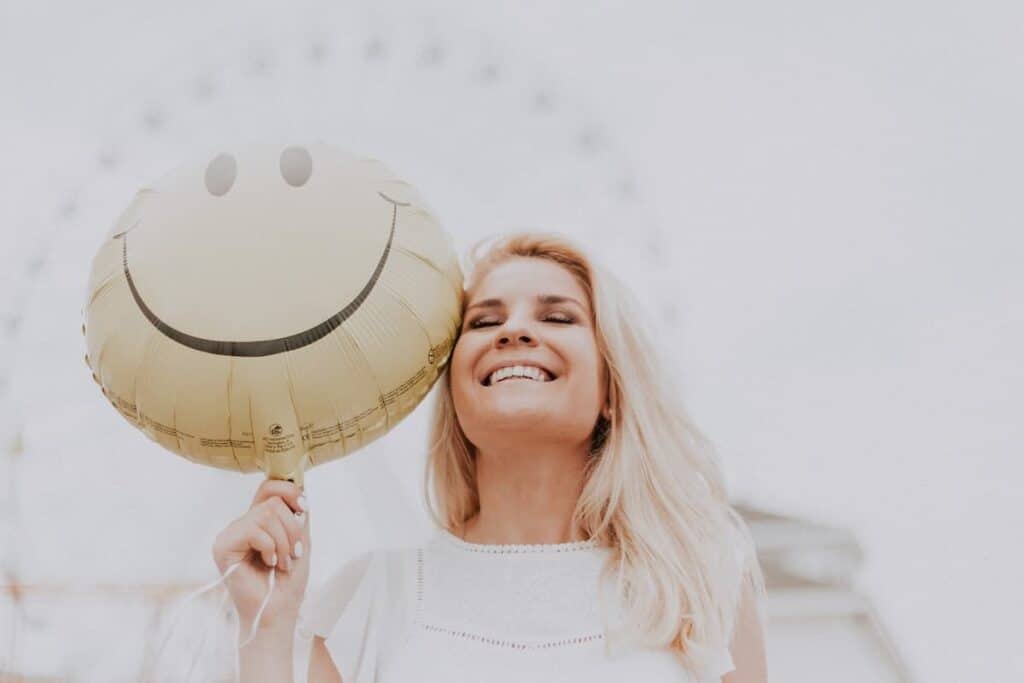 In today’s news, Manhattan District Attorney Alvin Bragg has allocated $9 million to assist people with mental illness and, ideally, keep them out of the criminal justice system. Meanwhile, according to the triennial study, students are dealing with unprecedented levels of long-term issues related to their mental health, behavioral health, or emotional health. We will also look at the steps you can take in 2023 to make a positive change in your mental health

Manhattan District Attorney Alvin Bragg has set aside $9 million to help mentally ill people avoid the court system as New York City struggles with a scarcity of psychiatric beds and other resources.

“We’re in a mental health crisis with people in despair, particularly coming out of the pandemic,” Bragg said. “This is a focused effort.”

The $9 million, from a fund formed in 2014 under former District Attorney Cy Vance after the office recovered hundreds of millions of dollars in financial crimes cases, would fund two programs: one in neighborhoods throughout the borough and one in the courts.

Community-based organizations will use some of the cash to reach out to homeless people with mental health issues to prevent them from entering the criminal justice system. Washington Heights, Chinatown, Harlem, and Hell’s Kitchen will have outreach workers.

Court-based staff will help arrested people navigate the judicial system and acquire resources with the balance of the money. They may help a jobless person get a job, link a hungry person to a food pantry, or arrange transportation for supervised release visits, chores Bragg called “Herculean” for someone without an Outlook calendar.

“These programs will help the churn through our courts that is happening now, more intensely after the pandemic but has been happening for quite some time,” he added.

Bragg’s declaration comes weeks after Mayor Eric Adams ordered first responders to forcefully remove people to hospitals for psychiatric assessments if they can’t meet their “basic necessities,” even if they’re not a threat. Civil liberties advocates, outreach workers, and former psychiatric patients have criticized the choice. They worry that people’s rights may be abused or that vulnerable people may retreat deeper into the fringes out of fear of being hospitalized against their will by police.

This initiative is voluntary, unlike the mayor’s.

“Let this be the beginning of a turning point in our strategy to address these issues,” Hell’s Kitchen Councilmember Erik Bottcher said at a press conference announcing the funds.

After repeated suicide attempts aged 13, Bottcher spent a month in a psychiatric facility, which saved his life. He stated the city must invest in more “useful initiatives” to save lives.

How can we let people die on the street from untreated mental illness in the richest city and country in the world? How do we allow people cycle through the trial and jail 50, 60, 75, 100 times without meaningful interventions? Bottcher said. “Our approach to these challenges failed so badly.”

Mental health problems are at an all-time high, according to Minnesota Student Survey

Since the epidemic, more Minnesota students have reported having mental health difficulties, according to the first Minnesota Student Survey.

The state departments of education, health, human services, and public safety collaborate to conduct the survey every three years. More students than ever before in the survey’s 1989-starting history reported having mental health difficulties this year.

In actuality, 28% of high school juniors this year said they had given suicide serious consideration at least once. It represents an increase from 24% in 2019 and 23% in 2016.

Juniors who identify as transgender are more than four times as likely as their peers to attempt suicide, according to the report.

For kids in other grade levels, close to 30% of those polled said they had had mental health issues for at least six months. That is an increase of nearly 67% from 2016. The survey is completed by students in grades 5, 8, 9, and 11, though schools are free to add more if they so want.

According to Minnesota’s Commissioner of Health Jan Malcolm, “These results show the pandemic exacerbated and intensified ongoing trends of our youth experiencing long-term mental health concerns.” “More research is needed to understand how all the factors interact, but it is clear that this is a crisis, and Minnesotans, lawmakers, and families need to focus resources and attention in and outside of schools to give our children and their families the connections, supports, stable environments, and opportunities they need for a sense of well-being about their lives and futures,” the report reads.

It’s not all terrible news, either. There have been some improvements in the survey’s examination of young people’s drinking and smoking patterns. Only 2% of people report smoking cigarettes today, a 90 percent decline in cigarette consumption since 2001.

The websites of the Minnesota Departments of Health and Education both provide access to additional survey findings for 2022.

Original source: Small Steps to Improve Your Mental Health in 2023

After 2020 and 2021, you may have expected a calmer year. War broke out in Europe, natural calamities and shortages occurred, and new infections raised anxieties. 2022 was also an educational year.

We developed novel stress-reduction and psychological resilience strategies at Well. Our top mental health stories of the year offer crucial recommendations for 2023.

Burnout symptoms include insomnia, weariness, headaches, stomachaches, and appetite changes. According to Melinda Wenner Moyer, “burnout” is not a medical diagnosis, but its symptoms should not be ignored. Experts recommend talking to a doctor or mental health professional about burnout, as bubble baths and tea may not be enough.

Depression and burnout can cause you to sleep too much or too little or have trouble focusing. Dani Blum wrote that depression is medically diagnosable, while burnout is not.

Burnout can make you feel overwhelmed by work, cynical, depleted, and resentful of your career, which might drain your energy for hobbies. Jeanette M. Bennett, an associate professor at the University of North Carolina in Charlotte who studies stress and health, said sadness may make activities unenjoyable. You could also isolate yourself or disregard your health. Relief begins with understanding the difference.

Consider your most liberating moment. Are you a concert jumper? Did you support your team? Our joyous movements can also make us happy. Kelly McGonigal, a Stanford University health psychologist, and speaker, created an eight-and-a-half-minute Joy Workout with six motions to make anyone happy. You can move big or little, quick or sluggish. The video shows a standing workout, but you may do it seated, with family, outside, or to different music.

With never-ending home and work to-do lists, it’s easy to freeze up. Task paralysis occurs when your brain perceives your to-do list as a threat, Dana G. Smith said. Perfectionists especially. Avoid procrastination to prevent this type of anxiety. Remembering why the chores ahead are important and offering yourself tiny rewards can help you start checking them off. Breaking tasks into tiny, tangible steps can also help. After considering the time and effort required, it won’t seem so daunting.

“Ecotherapy,” or outdoor activities, may improve mental health, according to expanding research. Alisha Haridasani Gupta reported that hiking, white-water rafting, walking on a tree-lined boulevard, and owning a plant can improve mental wellness. For some, getting outside is difficult. Blacks, Hispanics, and Asians live in nature-deprived areas three times more than whites. “Awe-inspiring natural sites in the US, like national parks, are also stained with racist histories,” Ms. Haridasani Gupta stated. National organizations and internet forums encourage people of color to get outside and enjoy nature’s mental health advantages.

If you’ve never had a panic attack, they’re scary. Dani Blum explained panic attacks, which can include difficulty breathing, a racing heart, a tight chest, nausea, and tingling extremities. She also discussed how to talk yourself down by assuring yourself that you are safe, breathing from your diaphragm, and calling a buddy. Distractions like counting and naming colors might also help. If you’ve never had a panic attack and have chest pain and shortness of breath, go to the ER to rule out a cardiac condition.

The brain-to-abdomen vagus nerve (called an “information superhighway”) affects practically every internal organ. Christina Caron said that many social media users claim it reduces anxiety, calms the nervous system, and relaxes the body. To manage the vagus nerve, some doctors recommend mindfulness or timing your breathing. Submerging your face in cold water may cause the “dive reaction,” which lowers the heartbeat and constricts blood vessels, calming you. Wellness companies have capitalized on this trend with unproven goods like “vagus massage oil,” vibrating bracelets, and pillow mists.

Dani Blum observed that brown noise, which is comparable to white noise but has a deeper, relaxing hum, is becoming popular online, especially among persons with ADHD. Some claim brown noise calms, focuses, and relaxes them to sleep. However, others may find the persistent brown noise irritating or anxiety-inducing. Experts say listening to brown noise for long periods of time is probably safe (unless you’re listening at unsafe volumes), but there’s little proof that it’s useful. Listen to brown noise to relax.

9. Use anxiety as an asset

Christina Caron observed that normal anxiety may be a strength, while uncontrolled anxiety can be devastating. Anxiety might alert you to dangerous behavior and make you more careful. Anxiety may indicate a desire for change in your life. Accepting anxiety can help you overcome worries and gain strength.

Dani Blum reported that daily pastries, coffee, and a 90-pound Bernedoodle kept us going. We asked readers to describe the daily routines that ground and delight them. Some may be familiar or inspire new habits.

Overall, Alvin Bragg, the district attorney for Manhattan, has set aside $9 million to assist people with mental illness and, whenever possible, keep them out of the legal system. The $9 million was set aside for two programs: one in the courtroom and one anchored in neighborhoods across the borough. It comes from a fund established in 2014 by former District Attorney Cy Vance after the office recovered hundreds of millions of dollars in financial crimes cases. People are in despair, particularly those who are recovering from the pandemic, and we are in the midst of a mental health crisis, according to Bragg. “This is an effort to truly concentrate on that.”

Meanwhile, more Minnesota students have reported mental health difficulties since the epidemic, according to the first Minnesota Student Survey. In actuality, 28% of high school juniors this year said they had given suicide serious consideration at least once. It represents an increase from 24% in 2019 and 23% in 2016. Juniors who identify as transgender are more than four times as likely as their peers to attempt suicide, according to the report.

Finally, some actions you can take to enhance your mental well-being are paying attention to the physical symptoms of burnout, comprehending the differences between burnout and depression, enjoying working out, breaking away from “task paralysis”, turning to nature for healing, learning what to do in the event of a panic attack, become familiar with one of the body’s most important nerves, try brown noise to help you relax, learn to harness your worry, and create a list of your wellness “non-negotiables.”